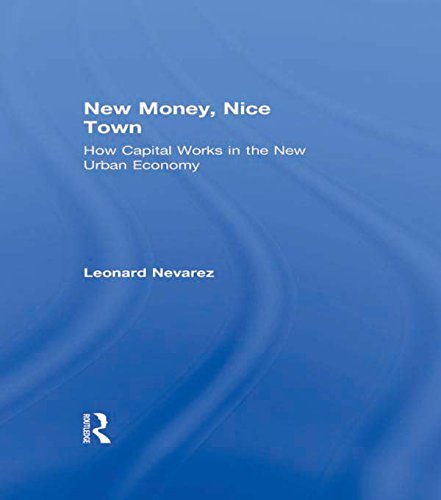 The economic restructuring that has gone on since the 1980s has produced a new economic space in which service and high tech firms are at the forefront of innovation. One of the features of the new economy is what pop geographer Joel Kotkin calls "nerdistans," or smaller cities with a substantial high tech sector, limits on growth, environmentally friendly policies and a generally well-educated population. In New Money, Nice Town, Leonard Nevarez takes a close look at how "new economy" firms in "quality of life" cities interact with local political structures, finding that they are both more liberal and more detached than their traditional counterparts. This new global economy has created communities whose politics are more democratic, but also more tenuous and unstable.