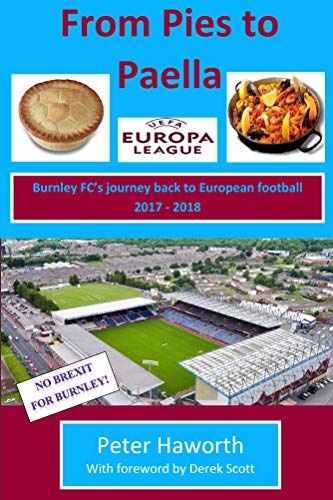 This book is the fourth in the series 'Burnley FC - The Premier League Diaries'. Having successfully survived a Premier League season for the first time at the third attempt, eyes and minds focused on how the perennial underdogs would fare next time round. Unsurprisingly, the Bookmakers and many pundits foresaw a season of struggle and inevitable failure. However, that was not what the management, fans and anybody associated with the Clarets had in mind. Although minnows amongst the financial giants of probably the hardest league in world football our indomitable heroes don't see obstacles, only challenges. Rising to those challenges and starting the season with an unbelievable away triumph at reigning Champions Chelsea, the Clarets maintained their impressive form throughout a difficult but spiritually uplifting campaign. It had been 50 years since Burnley had graced the stage of competitive European football. Could the unthinkable be about to become reality? This book tells the story of the quest to bring those days of European conquest back to Turf Moor. Related in diary form by a man whose loyalty and support of this great club extends over half a century, it charts the highs and lows of a memorable campaign. The author intersperses the football action with tales of his other passion - walking in his native glorious north country. Tales of good hearted but intense rivalries between supporters of other local rival teams, and the sheer joy of tramping through bog-sodden fields are a feature to add interest for the non football fanatic. Will the story end in triumph or tears? One thing's for sure, if it's success, boy are we going to enjoy it! If it's failure, it won't be for the want of trying. Come on you Clarets!